Where to start? Around 1972 I purchased my 1st car, a Humber Super Snipe MK V but due to my inexperience with motor vehicles and the many little issues with the car I traded it in on a 1970 Toyota Corolla. Slide forward a few years and I meet up with my now wife, I learnt a great deal about cars from her father such as using a screwdriver as a stethoscope and a few other tricks. Then her brother purchased a 1935 Austin Ten. As he started to work on the little car I would say to him “when it’s finished its mine” well it never has been finished.

Things came together in 1998 when I received a decent back pay and a 1934 Austin 10 was advertised in Unique Cars which I bought. Very soon after we became members of the AMVC.

In 1999 we drove it to Adelaide and back to attend AOA. As much as we love this little car it showed us that it was a little too slow for longer runs. Our eyes fell straight away on A30’s especially the Countryman’s. In 2001 we purchased our 1st A30 (and the collection has steadily grown since then). 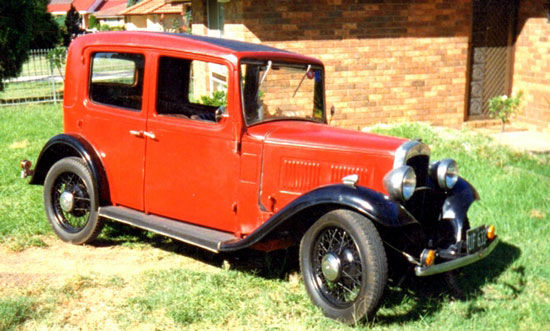 This picture shows us and our car partly restored. In 2004 I became the editor of our club magazine and have enjoyed that position to this date. In 2008 I was involved with the writing of the club’s Constitution which was an interesting project. 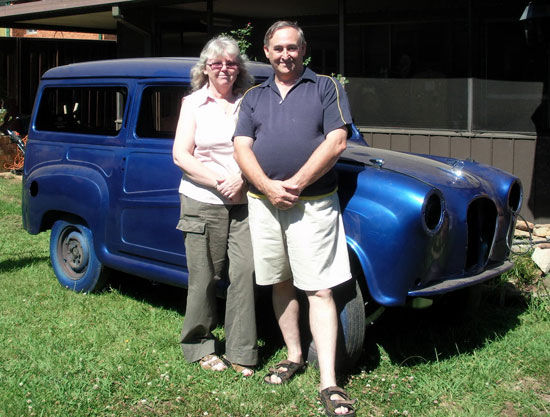 Late 2008 saw us purchase an AS3 A30 from a fellow club member as I had not finished the restoration on my Countryman and we wanted a car to take to AOA 2009 in Perth. We travelled by train to Perth and drove the A30 westward. Unfortunately half way home I blew a hole in #2 piston and had to have the car towed home. Fortunately we were travelling with the wife's brother who was towing his 1952 caravan so we continued home with him. 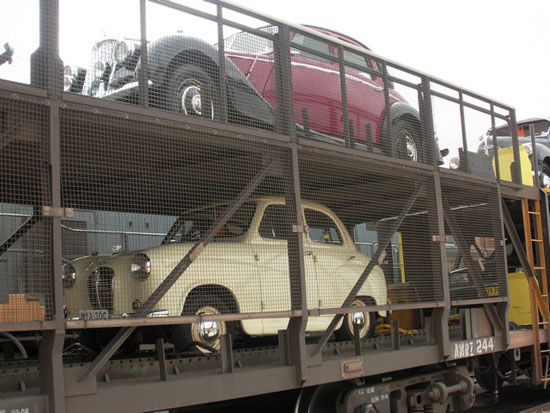 Also in the later part of 2008 my wife and I joined the 2011 AOA committee as rally book publicist and Wendy as treasurer. Many interesting trips were made to Forbes with what I think was an outstanding AOA. In November of 2012 I purchased another A30 Countryman for a future project. 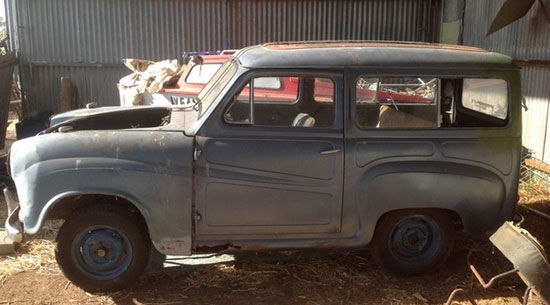